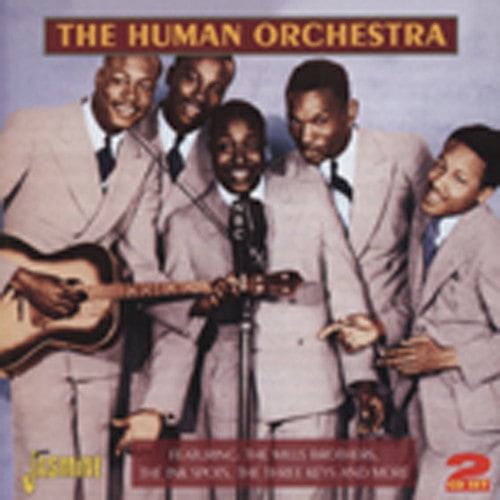 (2011/JASMINE) 50 tracks feat. Mills Bros, Ink Spots, Three Keys a.o. The first CD release for this iconic LP release from 1985 that introduced to a whole new audience the sounds of Black vocal groups from before the rock and roll area. To make up this excellent 2 CD set the original LPs 16 cuts are now expanded by 34 more tracks spanning 1932 to 1947. The jump and jive acts on this collection, most of whom were inspired by 'The Ink Spots' and 'The Mills Brothers' were the major influence on the Doo Wop groups who emerged in the late 1940s and ruled R&B throughout the 50s. Spectacular harmonies with sparse instrumental backing make this a unique listening and pay special attention to 'The Jones Boys Sing Band' who impersonate an entire orchestra with just their voices!